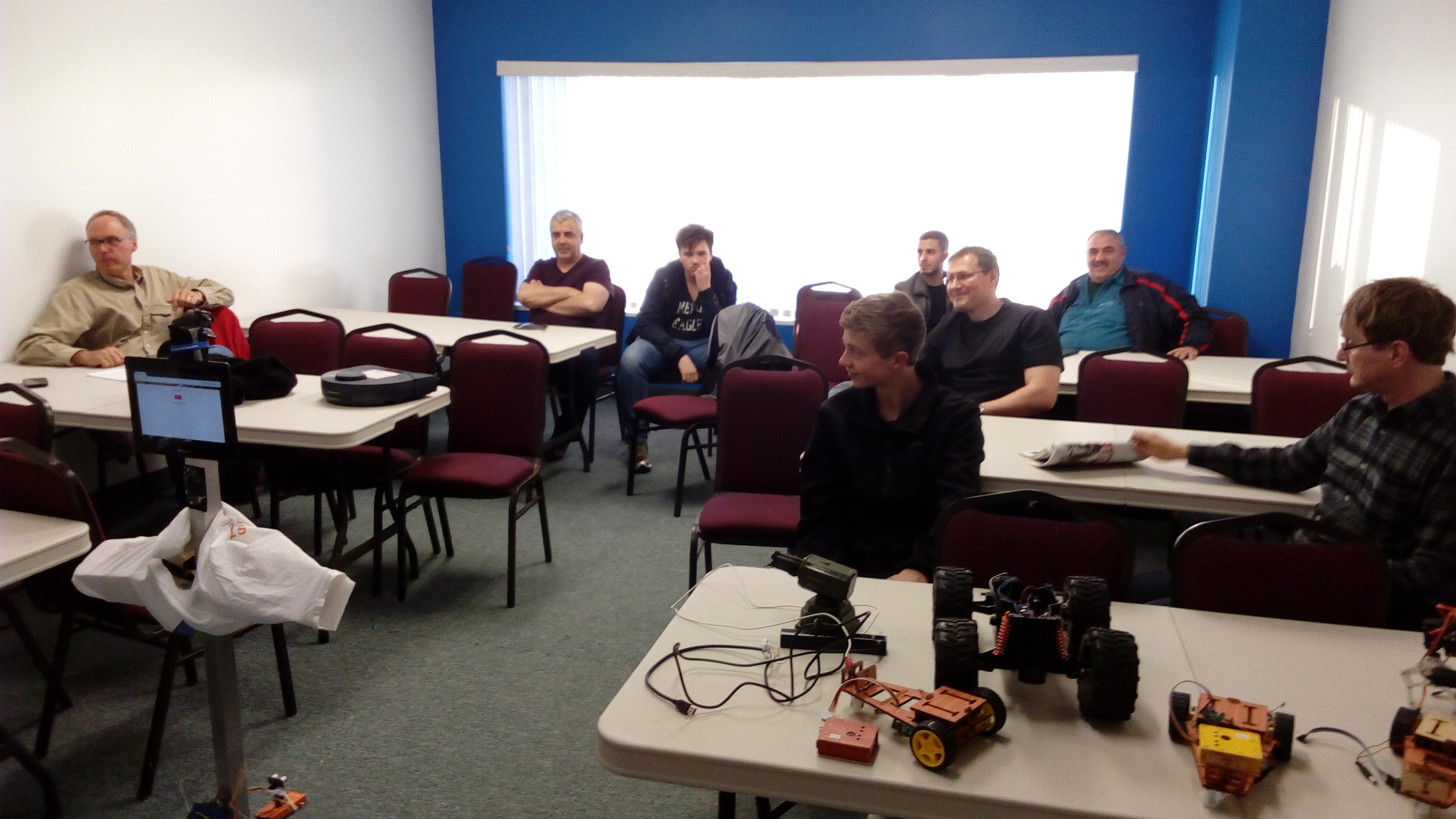 On April 29, 2016 from 7-9pm the  GTA Robotics Meetup Group held its first meeting, where founder Marius Slavescu showed off some of the robots he has created to a group of 12 people who came to see where their interests in robotics could take them. From simple robotics cars, to a vacbot , and a tele-presence robot, it was great to see a small sample of what Marius brought with him.

With attendees from as far as Alliston and Niagara Falls, ON., it was obvious there is an interest in the GTA to continue to grow this group and see how it can evolve into something extraordinary.

The Meetup took place at the NewMakeIt office on Kerrisdale Blvd in Newmarket Ontario, which offers labs & meeting space for the Maker community of the GTA. Withv memberships starting at a ridiculously cheap fee of $700/year, they offer makers of all kinds a chance to build their projects with all the equipment and tools the average builder could not afford themselves.